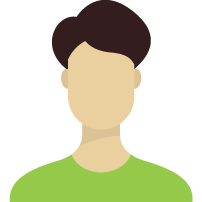 When I first bought a new house, I realized that the front trees were a little overgrown. I was worried about a branch breaking in the wind and smashing into a window or the roof, and so I decided to invest in professional tree service. When the arborist came, he had more concerns than just a few overgrown branches. Apparently, a few of my trees had also developed serious pest infestations, and I was worried about what it might mean for their health. He carefully trimmed each tree to ward off disease, and within a few weeks, they were looking a lot better. This blog explains how a professional tree trimmer could help you, so that you aren't left with dying trees.

When Should You Have A Weeping Willow Removed?

Weeping willows can be really cool trees. Their long tendrils tend to blow in the wind, creating quite a lovely ambiance. There may come a time, however, when your weeping willow tree becomes a bit worse for wear and you're best off removing it from your property. Here are some key signs it may be time to remove your weeping willow.

There are brackets growing from their trunk or roots.

Brackets are basically like large mushrooms. They can start growing out of a tree's trunk or exposed roots when the tree has a fungal infection. Once brackets appear, the fungal infection is really serious and has moved into the tree's vascular tissues, which are the tissues that carry water up to the branches. Weeping willows are prone to a fungal disease known as root rot, which will eventually cause brackets to form. By the time the brackets do appear, the tree is typically very ill and unable to be saved. Having it removed is the best option. If you leave the tree in place much longer, it may fall on its own and damage your property. (The bracket fungi really weaken the wood and make willow trees brittle.)

Keeping it pest-free has become a burden.

Since willows tend to grow in wet areas, there are often also a lot of bugs around the weeping willow tree. Aphids, gypsy moths, and various species of borers can infest a willow tree, as they are attracted to both the tree and the moist climate around it. You can sometimes keep these pests at bay with insecticide sprays, but sometimes, that becomes too much of an expense. And sometimes, the bugs keep coming in spite of the sprays! If you're tired of having your yard infested with bugs due to the willow tree, removing it is often a wise choice. The bugs will move on once the tree they were living in is gone.

It's damaging your roof or structures.

The long tendrils of a weeping willow are pretty, but they can also damage roofs and fences by sweeping against them and trapping moisture against them. If you are struggling with this problem, you can ask a tree care company to trim the tree back. But sometimes, they may not be able to trim the tree back enough, and removing it may be the better choice.